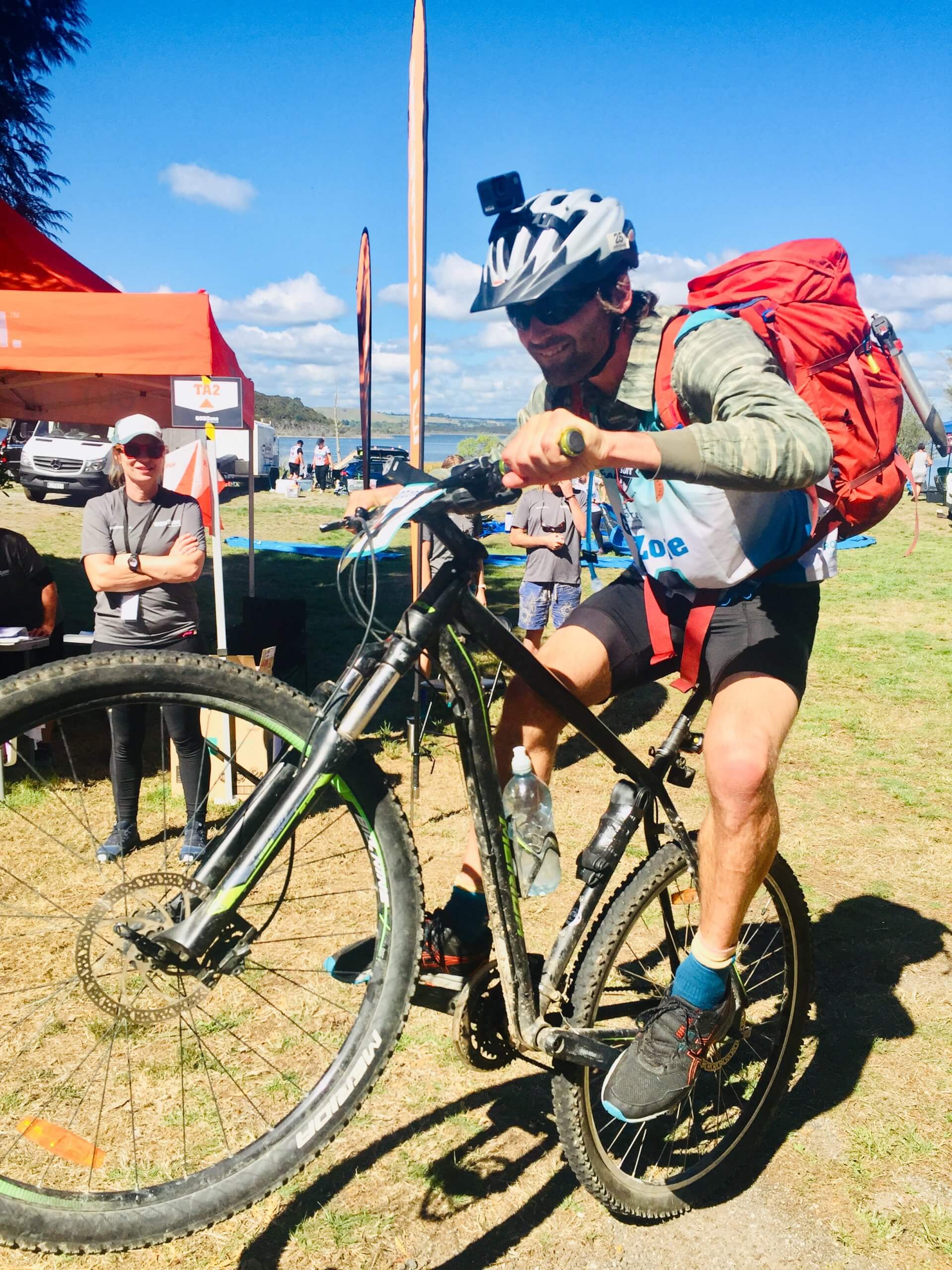 It’s at this stage of the race that doubt starts to creep in for some teams, as to whether they will make the cut off or not.

Day Two has just about come to an end, with the top half of the field on the Stage 4 rogaine which takes them through the Whirinaki State Forest.

The very back end of the field is currently taking their 6 hour compulsory stop at TA2, an entire Stage 3 134km mountain bike leg behind those vying for the podium.

This means departing TA5/CP22 (the end of the Stage 5 70km mountain bike ride from Waituheomana Stream to Clements Clearing Camp) before 4pm on Monday.

This precedes the Stage 6 packrafting/trek stage.

To put it into real terms, for the back teams it’s 200km of mountain biking and a 21km rogaine between now and Monday 4pm.

“They need to knock the bike out along the Moerangi Trail and the rogaine along the Whirinaki Trails, then they can sleep there at TA4 for three hours before that bike ride which takes them to Clements.”

Warren admits yes it’s raining out there at the moment and it is tough. But the teams currently coming off the Stage 3 bike are feeling pretty good, despite being a bit damp.

“But they just have to believe.”

He said the front end of the field has a more grim vibe to it because things are tight between Avaya, Tiki Tour and iSport, with the next wave of teams keeping the pressure on too.

“The teams seven to nine hours back are more laid back, going at a lower tempo.”

Warren said if they continue like this, they should have no concerns about finishing full course.

Avaya, who need no help with may work anyway, were fortunate to start Stage 4 rogaine this afternoon in daylight, as were the teams close on their heels.

The back end teams and even those in the mid pack are guaranteed a full night time rogaine, which is no mean feat even for fresh legs and brains, let alone at Stage 4 GODZone….

“When you’re fast you always get the advantages, and every extra minute of daylight helps,” said Warren matter of factly.

The top 12 teams have orienteers in them, which is no surprise.

The higher lines of travel are the fastest, but more mistake are made, compared to the lower creek beds, which take longer, but teams tend to make less mistakes.

“We have purposely set the course up so there are lots of different choices.”

In summary, Day Two has just about come to a close, and everybody is pretty happy.

“Everyone just needs to keep trucking through.”