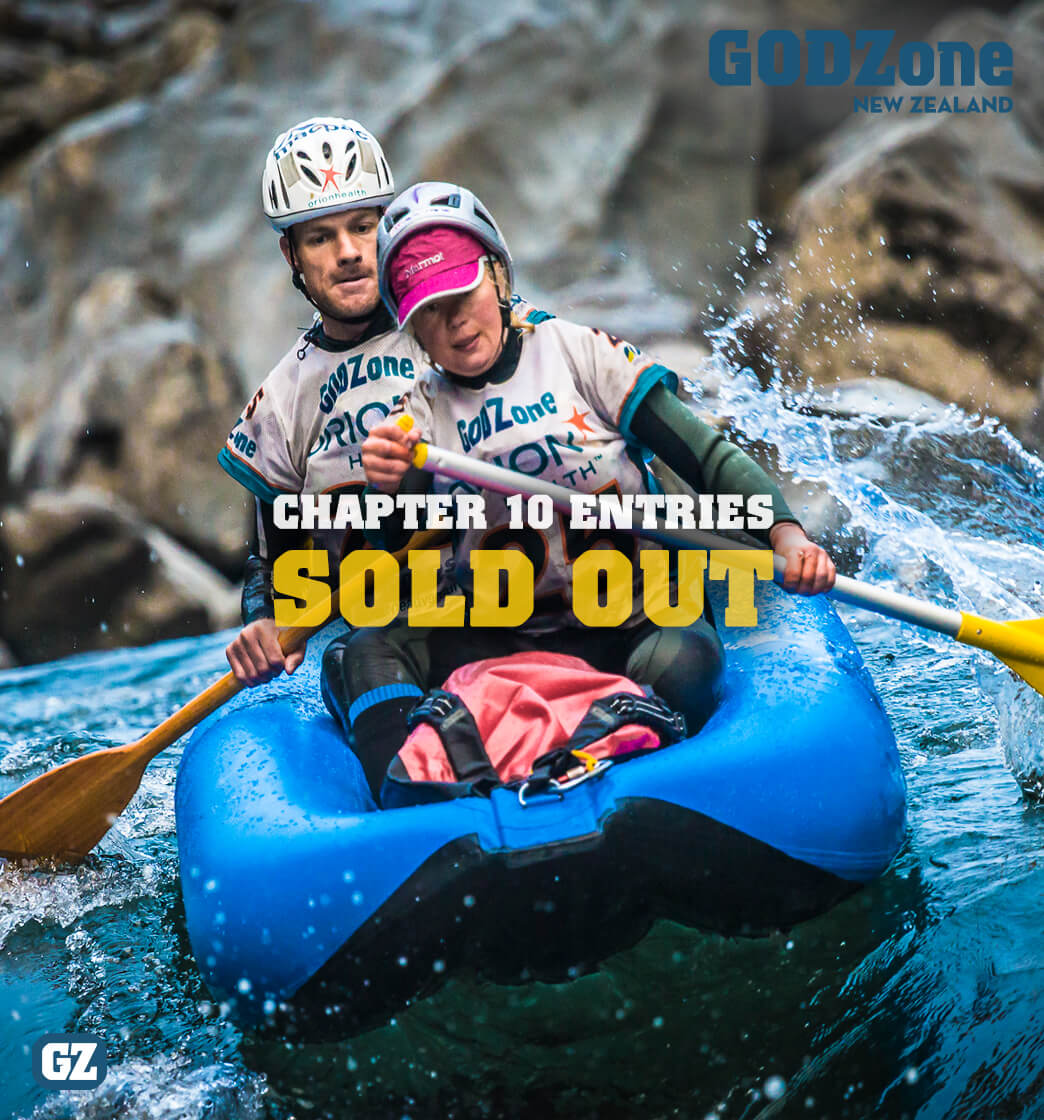 CHAPTER 10 OF GODZONE SELLS OUT IN RECORD TIME

GODZone has cemented its position as the world’s largest expedition adventure race by selling out in record breaking time today. Entries to Chapter 10 of GODZone opened at 9am (NZT) and numbers quickly skyrocketed, with over 100 teams registering their desire to take on the epic race within the first five minutes of opening. All available team slots for both the GZ Pure and GZ Pursuit race categories have now reached capacity and additional teams will only be taken on a case by case basis.

The prestigious 10-day event is being held in New Zealand’s South Island, with the designated host town to be announced in September. The location of the secret course will only be announced the day before the race starts in March 2022 and will go from one remote coastline of the South Island to another. GODZone Race Director Warren Bates says competitors have been inspired to get outdoors and do something truly challenging in one of the most beautiful places on Earth.

“ It has been a stressful morning for some teams trying to get their entries in before we sold out. We are absolutely delighted for those teams who have taken their first major step towards what will be an amazing Chapter, even by GODZone’s standards. The teams are in for an adventure of their lives.

“ This is the biggest ever field in 30 years of expedition adventure racing in New Zealand. As it stands, this would be largest number of teams for a race like this anywhere in the world since the sport’s inception. Factor in support crews, family and fans…it’s going to be huge.

“ Looking at the team list gives me a huge amount of excitement about what lays ahead. The picture is very positive. We want to thank and congratulate the teams who have stepped up for GODZone today and we are looking forward to meeting everyone on the start line in March 2022. ”

Entries for Chapter 10 are now closed for teams. However, teams can register their interest in racing on the event website. Teams with a particularly compelling adventure story may still be considered for entry if they get in touch: https://www.godzoneadventure.com/enter/enter-now/

For more information on GODZone:

The weather has turned, the sun is out and the last team – Unfinished Addiction (37) – at the back of the field, is slowly moving forward! Day eight of GODZone has a super positive vibe wherever you are on course. The finish line is humming, the music is playing and the Cargo brews and