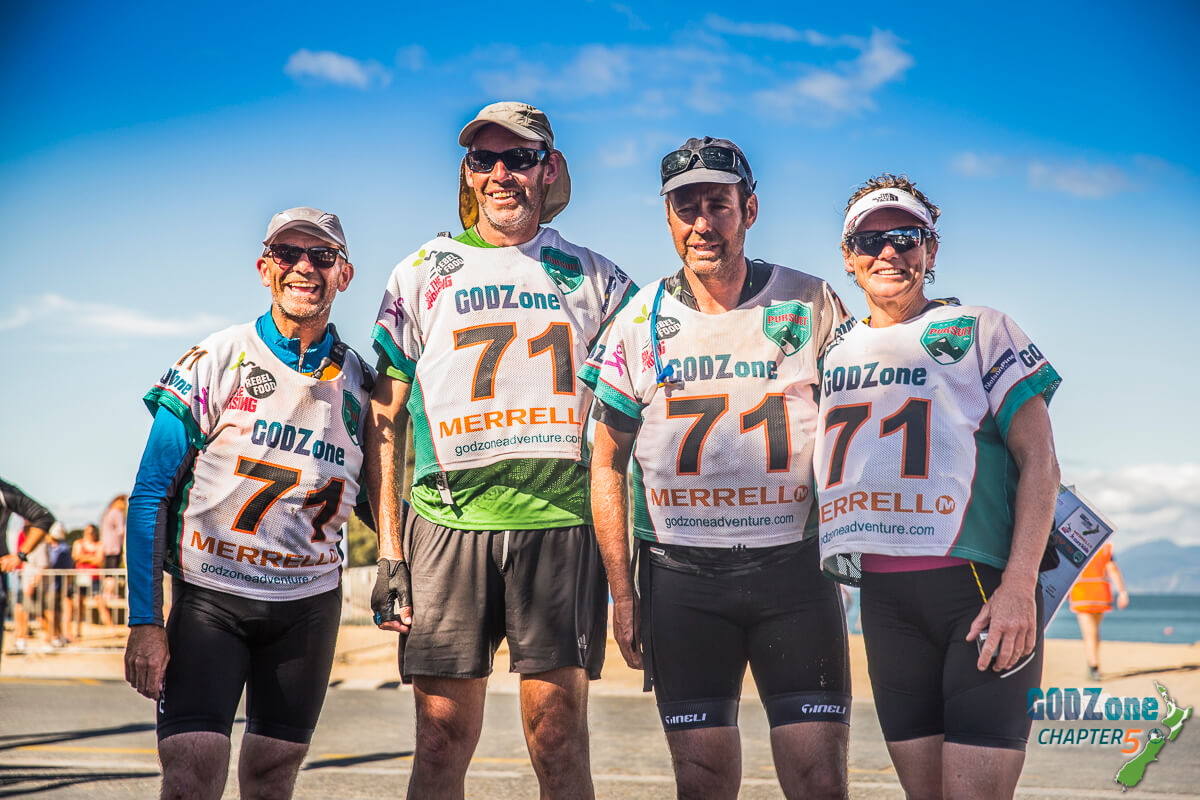 In the movie Field of Dreams Kevin Costner’s character said, “If you build it, they will come.”

And this was certainly true when the brand new Pursuit event category was introduced to GODZone for Chapter 5, 2016.

Demand for places was outstripping available entry spots in the unsupported format of the event that had been running since 2012. The challenge facing the GODZone management team was how to grow the event sustainably, to effectively create a new experience and at the same time reach a wider audience of competitor – people who had perhaps considered GODZone as out of reach.

“Unveiling a new event that opens GODZone up to a wider community of adventure racers was the main reason behind the decision. It had become quite apparent that many people who wanted to give GODZone and expedition racing a go weren’t putting their hands up. However, we couldn’t cater for the new entrants with the existing format anyway” says Race Director Warren Bates.

“The new category gave these new teams the opportunity to race a slightly shorter course with friends, family and supporters along for the ride as a support crew. It allowed us to use kayaks and inflatables at different times and stages of the event, allowing us to service more teams out on the course. It also created a fantastic buzz around the event, particularly in the transition areas.

Coming up with a name for the new racing category was, in some respects, the most difficult task the management team had to face. It took several weeks, many emails and finally a round table discussion in a Nelson Pub to come up with moniker. Giving something a name that captures the essence of an experience isn’t as easy as it sounds. Once you’ve committed there is no going back.

“ It was over a few beers in a downtown pub in Nelson when we agreed on Pursuit and Pure as the GODZone categories. Pure obviously being the original event in its ‘pure’, full length form with a, perhaps not so subtle, reference to the way that New Zealand is marketed as a whole,” says Bates. “ Pursuit is remarkably close to Pure and fitted nicely with how we wanted to promote the experience. The thinking was that the teams could choose the style and difficulty of the race that they individually want to take on and it’s represented in the category name.”

“ In some ways its not surprising that a lot of teams are steadfastly in the Pure category. But we’re strongly of the view that if you’re new to racing a multi-day event then the Pursuit category is the perfect way to get your feet wet. We really want this category to grow and suspect it will become just as competitive as the Pure event over time.” says Bates

The inaugural 2016 Pursuit event attracted a score of teams from all over the country including plenty from Nelson, Auckland, Christchurch, Whakatane, New Plymouth and Wanaka.

The youngest Pursuit team members were just 19 and the oldest an incredible (and rather inspirational) 69 years! The average age was 42 years and each competitor and team came with a unique set of aspirations to fulfil.

“ When you’re setting out on an expedition event of this nature and it’s your first attempt at a multi day race there are a lot of variables that come into play. Will we be able to handle the sleep deprivation, what will navigating in the dark be like, will we find the endurance to keep going on day 3 and 4 and 5. What we discovered with the Pursuit teams was that they were all really well prepared; they really took in all the detail that was given out during registration, map hand out and the official welcome. They were also very hungry to achieve their goals whether that was to win or complete the full course, ” says Bates.

Starting on the Sunday, one day after the Pure teams in Chapter 5, gave the Pursuiters the opportunity to watch the some teams make a mess of the night navigation trying to access the Wairoa Gorge, in the Richmond Ranges.

“ It was a great way to watch and learn. The Pursuit teams all digested the fate of some Pure teams, took the correct line the next day and moved very quickly through the stage. So its proof that racing in the Pursuit category allows teams to really learn and iron out any technical skills very early on simply by following in the footsteps of the lead teams,” says Bates.

“Now that’s not always going to happen and in 2017 the Pursuit teams may follow an entirely different course in parts or start to the course but what it does tell us is that there is a real energy and racing spirit amongst this second tier group that is exciting to follow.”

The first to cross the line in the Chapter 5 Pursuit category were all male team n’EVEREST who took home the prized Pursuit trophy. Captain Brenan Hickman, Anthony Oswald, David Howard and Graeme Ewenson were competitive from start to end quickly overtaking the back of the Pure field and storming their way to victory.

The first mixed team across the finish line, Team Silky, were a local Nelson team winning a free entry into the 2017 event.

“ These teams were very competitive at the front of the Pursuit pack and I think most teams are champing at the bit to come back and taste what Queenstown has to offer. We are not sure if all Pursuit teams will want to automatically jump across to the Pure category and I expect some will be back for more with their support teams in tow,” says Bates.

“This is an exceptional way to have a holiday with your mates and friends and family along for support. It was so heartening to see everyone enjoying the race at all levels and to have support crews camping around the course really adds to the atmosphere.”

Pursuit team newbie’s, the Green Horns, consisting of Simon Bloomberg, Lachlan Brownlie, Nathan Sturrock and Rachel Baker can attest to having a great support crew following them from transition to transition point and sharing the fun. Including their escapade of being chased by a bull in paddock near Takaka. Not only will the story continue to be one told by team members for years to come, it also made the local newspapers.

Opening GODZone up to a wider demographic of adventure racers has been the result of establishing the two racing categories and Bates says GODZone is always striving to be innovative and to try new things others might not.

“ I think what we are achieving now is a mix of old and completely new in the way our teams are choosing to race. The Pursuit category attracted all male teams while the Pure event attracted all female teams. We are in some ways harking back to the old Southern Traverse and the classic ways of racing with support crews alongside but equally we are driving forward with the unsupported expedition style racing that has really fallen by the wayside in recent years around the world.

We are seeing smaller, shorter races emerging globally that while provide some level of challenge are ultimately just a jumped up version of a one day event. We don’t want to be like that at all.

GODZone is leading the way in expedition racing globally and that is why so many international teams want to come and race New Zealand. We expect to see several Australian teams in the Pursuit category for next year that will really bring some competition to that second tier that I think will create fantastic racing across the entire field.”