Injury and intrigue on day 4

Torrential rain and wind has played havoc with many teams on the GODZone Adventure race overnight with injuries claiming several teams off the course today.

Queenstown based team Swordfox  radioed Race HQ just after 7am to report team member Ash Whitehead was unable to continue on unassisted with a knee injury and were heli evacuated off the course. The team had held third position having dropped back only one place since the start of the race on Saturday

“ This will obviously be hugely disappointing not only for the team who have looked in supreme condition for most of the race  but also for their huge following of friends and supporters,” says Race Director Warren Bates.

They stuck like glue to the Brazilian and Spanish team Vidaraid all day yesterday but it would have been an interesting night up on the top of the Hector and Garvie mountain ranges were they were trekking last night.

Racing this hard and fast solidly for three days does eventually take it toll  and they have been right up there with the world’s best teams so all credit to them and unfortunately its not the result they were looking for.”

Team Seagate have continued on overnight in first place and trekked into the 7th transition on the race just after 11am. They moved through the transition from trek to bike smoothly looking strong and confident.

Leader Nathan Faavae joked that Chris Forne’s navigation was too fast at times and the team looked in good spirits.

The  next stage in the race is set to intrigue the tired minds of the adventure racers with an orienteering section set up through the forestry at Piano Flat near Waikaia.

“ Leading orienteer Bruce McLeod has set the point to point section that will be a significant mental challenge for the teams at this stage of the race,” says Bates. “ Then they have a 14 hour bike ride through the Old Man Range to Bannockburn and on to Lake Wanaka in front of them to reach the final stage of the race.”

Team Super Suds led by Mike Rait  turned back from the Pisa Mountain range this morning after enduring stormy conditions during the night and headed back towards race HQ in Wanaka.

“ When we spoke to the BNZ team this morning they reported heinous conditions up on the Pisa’s with howling winds so strong you could barely stand up let along ride your bike. So for teams like Super Suds who are in the mid to back field it can be pretty harrowing and obviously they made the decision not to continue on,” says Bates.

In addition, a member of team Freedom Fitness was heli evacuated off the course with a broken collarbone.

A total of six teams out of the 52 starters have now withdrawn from the adventure race and several are now travelling unranked. 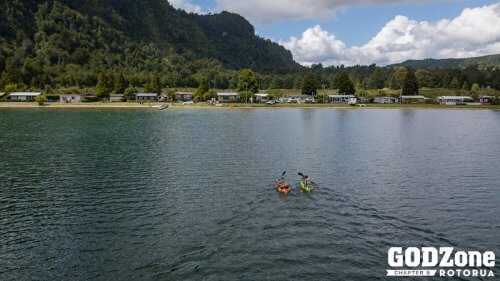