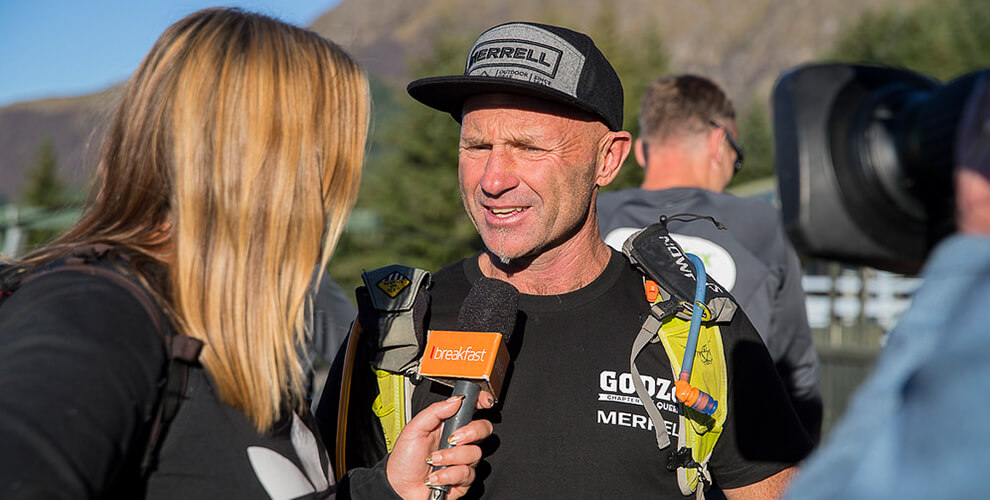 “If you’ve got the courage to take on this adventure I can guarantee that with this organising team, with the stunning location and the race spirit, it will give you a renewed perspective on life. Go for it.”

“It’s a long time ago now but I vividly recall participating in the very first adventure race in the world, the Raid Gauliose (Grand Traverse) held in the Southern Lakes district, in 1989, and I still feel the wickedly good surges of excitement as we planned, trained, and raced. We won against 37 international teams and it remains an experience I will never forget. These races have a tendency to leave an indelible mark on you and, for the racers of old, new and the future, I’m so excited to see such a race back here in New Zealand with a strong visionary and energetic organising team.”

“Adventure racing is a rich and rewarding concept like nothing I’ve ever experienced before; it offers incredible once-in-a-lifetime opportunities. To get maximum fun and personal growth, I advise creating a team goal that you’ll finish stronger friends than when you started, respect your team-mates as much as you respect yourself, design ways to get awesome communication with your team-mates especially when you’re all under pressure. Focus on having a good time and on the powerful reasons you’re racing because “energy flows where attention goes”. Take some time to drink in the beauty of the scenery, the pureness of the pristine southern wilderness and to absorb the energy of nature.”

You won’t be surprised to hear that Steve keeps himself pretty busy. Kayaking, mountain biking, orienteering, other forms of adventure racing, in fact, sport and all things associated with it (healthy eating, understanding your body, sporting equipment and clothing, etc) are part of his every day life. Steve also feels very strongly about the environment and how we look after it, and he is connected with the Estuary Trust.

Steve believes in the value and positive message of charitable work. He has helped Curekids (Child Health research foundation) through an Adventure Race that raised $291,000, and another of his projects, Shrek the sheep, raised $15,000. Steve has donated his time to schools to speak to them and is now a SPARC Ambassador.

Some of Steve’s racing achievements: