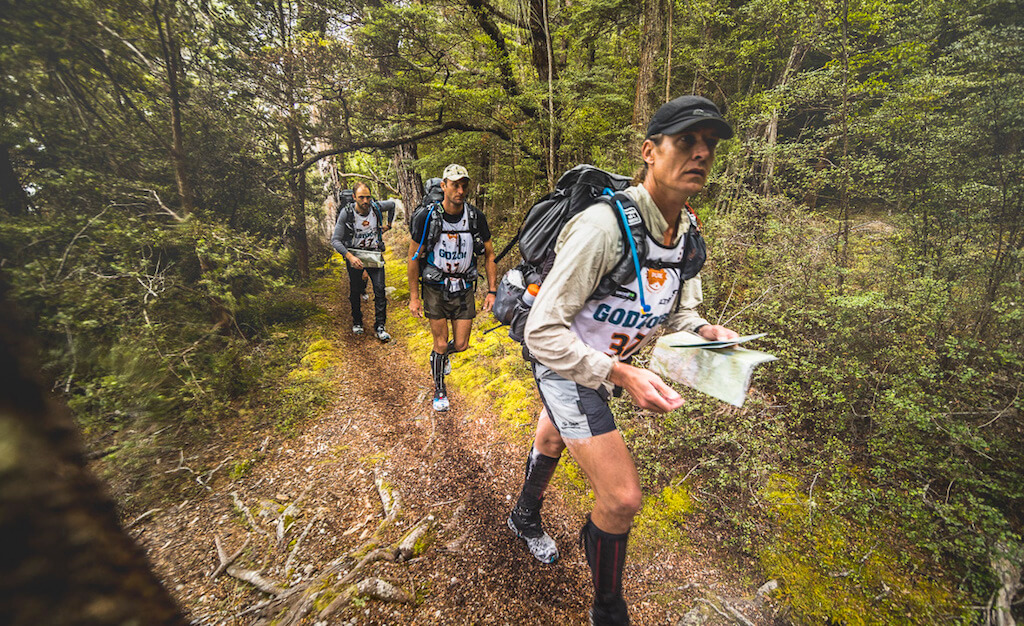 The ninth edition of the world’s largest expedition adventure race, GODZone, is shaping up to be the best yet, with a sell-out field of teams from around New Zealand and the world competing across three racing categories.

The New Zealand adventure race being held for the first time in the North Island and hosted by Rotorua has once again proved its immense popularity amongst the national and international adventure racing fraternity.

“We have released the team’s list today with close to 100 teams competing, so it will be one of our largest events to date,” says GODZone Event Director Warren Bates. “Rotorua has proved to be a star attraction particularly for Kiwi adventure racers eager to explore this dynamic area further.”

Approximately 20% of the competitive field are internationals from a range of countries, including Australia, England, Japan, Chile, Sweden, Ireland, Europe, and America.

” It’s a huge field with a good smattering of internationals, and to attract over 90 teams to any expedition race anywhere in the world is massive,” says Bates. ” We have been super impressed by the take-up and expect all participants will be wowed by this spectacular geothermal region of New Zealand.”

The multi-day expedition adventure race being held from 19th- 28thNovember 2020 will see teams of four race continuously (24 hours) over an undisclosed course of approximately 650km.

“ We have the strongest ever contingent of North Island teams racing, and local teams from Rotorua and Whakatane have also stepped up. The locals will make the most of their regional home advantage, and it will be interesting to see if that affects a successful outcome for them.”

” I expect the Australian teams to put on a good display of talent out in the field, but you could argue it will be one of the top Kiwi teams who will bring home the win.”

The reputation of GODZone has grown steadily over the past eight years, and the New Zealand event is a ‘must-do’ expedition length race for adventure racers the world over.

“ There is a vast range of experienced competitors who have entered across the three racing categories of Pure, Pursuit and Prime along with a handful of rookie teams giving expedition racing a go for the first time. It’s always thrilling to watch the elites race, particularly as only Kiwi teams have ever won GODZone. Still, it’s inspiring to follow the teams further down the field who each have their motivations and back story for competing. They are the teams who spend the most time out on the course and put in amazing effort to complete a race of this magnitude.”